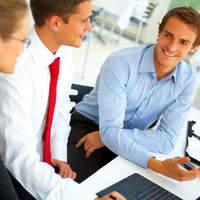 A good design must fulfill many specifications, for example specifications concerning mass, stiffness, reproducibility, cost of goods, environmental conditions or heat dissipation. By drawing the specifications of a design in an early phase, everyone will know the functionality of the design.

Vink System Design & Analysis has solid experience in drafting specifications. Some examples in this area are:

Keywords: concept design, high vacuum, specifications
The metrology system is one of the sub-systems in MAPPER Lithography’s wafer scanners. This system is capable of measuring the position of the wafer stage with respect to the lens system to a nanometer. The first scanner prototype uses capacitive sensors for this purpose. A concept study was performed on the metrology system and specifications were drafted for this frame. A concept design was then drafted for assembling the capacitive sensors.

Keywords: concept design, design specifications, production specifications, qualification, bonding
The level sensor is one of the sub-systems in ASML’s wafer scanners and steppers. The level sensor is a measuring system that is used for focusing of the wafer. Tighter focusing accuracy requirements led to the development of this new sensor. Several concept design studies, as well as mechanical analyses, were conducted. Opto-mechanical design, construction and adjustment specifications were also drafted. Test and qualification plans were drafted and performed.